We are back with another cover reveal. This time it is the forthcoming YA novel from Paula Garner PHANTOM LIMBS! Coming from Candlewick Press, the release date is set for September 13, 2016!

Are you wondering what this book is about? Read on....

Moving on has never been Otis’s strong suit. After three years, he’s still reeling from the death of his younger brother, Mason, and from the sudden departure of his best friend and first love, Meg, whose family moved across the country after Mason died. Otis would never have survived these last few years without Dara, his ball-busting, one-armed friend and self-appointed swim coach, who is hell-bent on transforming Otis into the Olympic swimmer she can no longer be. Otis, though, is increasingly sure that he’d rather find his own dream than continue chasing Dara’s — especially when he learns that, after three years of radio silence, Meg is coming back for the summer.

All Otis wants is for him and Meg to be as close as they once were (okay, maybe a little closer) — despite Meg’s mysterious defection, despite the football player all over her Facebook page, despite Dara’s tightening grip and loosening screws. But as they sift through the archaeology of their past and Otis discovers the reasons behind Meg’s disappearance, he must face some uneasy truths about his brother’s death — and about himself. As he realizes that none of their visions of the perfect future can ever pan out — not Dara’s, not Meg’s, not his — Otis must decide which dreams to hold on to and which to leave behind. 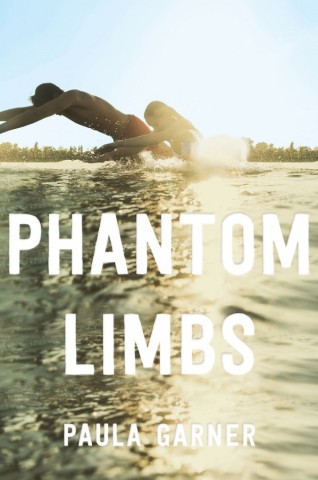 Now head on over to YA BooksCentral and enter the giveaway! Yes, we said GIVEAWAY!