Congratulations to Traci Chee on the release of her debut, THE READER 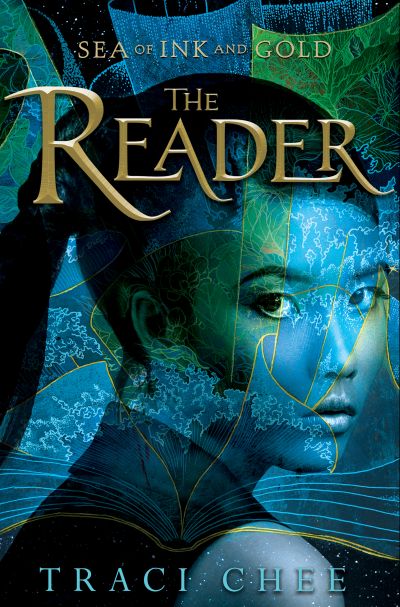 Congrats to Traci on the release of the first book in her trilogy! The Reader has been getting rave reviews all over the place for its complex themes and beautiful language.


Sefia knows what it means to survive. After her father is brutally murdered, she flees into the wilderness with her aunt Nin, who teaches her to hunt, track, and steal. But when Nin is kidnapped, leaving Sefia completely alone, none of her survival skills can help her discover where Nin’s been taken, or if she’s even alive. The only clue to both her aunt’s disappearance and her father’s murder is the odd rectangular object her father left behind, an object she comes to realize is a book—a marvelous item unheard of in her otherwise illiterate society. With the help of this book, and the aid of a mysterious stranger with dark secrets of his own, Sefia sets out to rescue her aunt and find out what really happened the day her father was killed—and punish the people responsible.

“I was spellbound from the first page. An utterly transportive tale of swashbucklers and sharpshooters, masterfully written. Traci Chee has penned a beautiful novel about the power of story, complete with a fantastic cast of characters and an expertly rendered fantasy landscape. This is a book you will not soon forget.”
—Renée Ahdieh, #1 New York Times bestselling author of The Wrath and the Dawn
“Deftly rendered in beautiful prose, narrated through three shifting time lines woven into an interconnected history of duty, honor, and magic. . . . This is a must-have for all those who value a good read with genuine character growth, mystery, unique world-building, adventure, unyielding bonds of loyalty, and pirates. . . . A fresh, diverse fantasy; highly recommended for fans of Cornelia Funke’s Inkheart and female-powered adventures.”
—School Library Journal, starred review
“Commanding storytelling and vivid details, particularly of the magical process of reading, bring the story to life… the first of what promises to be an enchanting series.”
—Kirkus Reviews, starred review
“Chee’s debut is an intricate, multilayered reading experience… An exploration of self-determination and the magic of the written word, Sefia’s story is an absorbing introduction to the Sea of Ink and Gold series.”
—Publishers Weekly, starred review
“With evocative language, fascinating world building, multifaceted characters, and a compelling plot, this is a series fantasy lovers will want to sink their teeth into.”
—Booklist, starred review

Q: Where did you get the inspiration for your book?

The Reader came out of my love of books, from the beautiful words they contain to the materials they’re made of and the different forms they can take. Books have the power to change people. To alter perspectives. To open minds and hearts. To change the world.

If you know how to read, you have power.

And that’s something I wanted to explore in The Reader. What if words were actually magic? What if only a handful of people controlled them, and what if that control slipped from their grasp? Who would be hurt? And how would they retaliate?

Q: Describe your writing process, from idea to final draft.

The most indispensable part of my writing process, however, is revision. The Reader was up to thirty-eight drafts by the time it hit the copy editing stage with my publisher! For me, nothing gets to the final stage without alterations, changes, polish, and spit-shine, because revision is where I really find out what a story is about, where I dig out themes and shape character arcs. It’s my writing happy-place, where everything comes together and all the magic happens.

Q: Tell us about your journey, from finding an agent to publication.

In September 2014, I was lucky enough to be chosen for Pitch Wars, an online contest run by the inimitable Brenda Drake. After two months of working intensely with my mentor, the fabulously talented Renée Ahdieh, author of The Wrath and the Dawn and its sequel, The Rose and the Dagger, I landed with my dragon-riding agent warrior Barbara Poelle, who got The Reader and me to Putnam/Penguin shortly after. Read the full story here.

Q: Why would someone want to buy your book?

I’d like to think I’m doing something quite different with The Reader. It’s fantasy. It’s literary. It’s got a huge cast of characters and twisted nonlinear storylines and one fiercely independent girl at the center of it all. It’s both a book at the same time as it’s a love letter to books. Inspired by the spirit of the American Wild West, it’s got cowboy pirates, treasure hunts, magic, assassins, sharpshooters, and a dash of romance. And without spoiling too much, I can promise you a few bookish surprises you may not have seen before!

In no particular order, here are some of the books I keep coming back to again and again: A Wrinkle in Time (Madeleine L’Engle), His Dark Materials (Phillip Pullman), The Book Thief (Markus Zusak), The Hunger Games Trilogy (Suzanne Collins),Dune (Frank Herbert), Lord Of The Rings (J.R.R. Tolkien), One Hundred Years Of Solitude (Gabriel Garcia Marquez), If On A Winter’s Night A Traveler (Italo Calvino), House Of Leaves (Mark Z. Danielewski), Pale Fire (Vladimir Nabokov), Watership Down (Richard Adams)

But at the moment, I’m having a wonderful time reading ARCs of my fellow Sweet Sixteens’ and Class of 2k16’s books. 2016 is already shaping up to be a fantastic year for young adult and middle grade literature!
Newer Post Older Post